Caruso’s Fresh Foods is a fruit and vegetable gourmet store located in the heart of Jetty Road, Glenelg. Our South Australian family business has come a long way in the last 30 years. Since its humble beginnings as just a fruit, veg and nut store. To now a one stop grocery outlet. Partners, Roc Caruso and Nino Braiotta have been involved in fruit and veg most of their lives. Both born and bread in Glenelg and are true locals! Nino quickly fell in love with the industry from an early age, starting in his early teens working in an independent store at Marion. Likewise, from the age of 19, Roc owned a fresh produce store at Welland. However, when the opportunity came up on Jetty Road, Glenelg he simply couldn’t refuse! In the early years, Caruso’s sold entirely fruits and vegetables and was only half the size compared to what it is today. They started expanding their range, and became one of the first independent stores in Adelaide to stock dried fruits, nuts and confectionary. 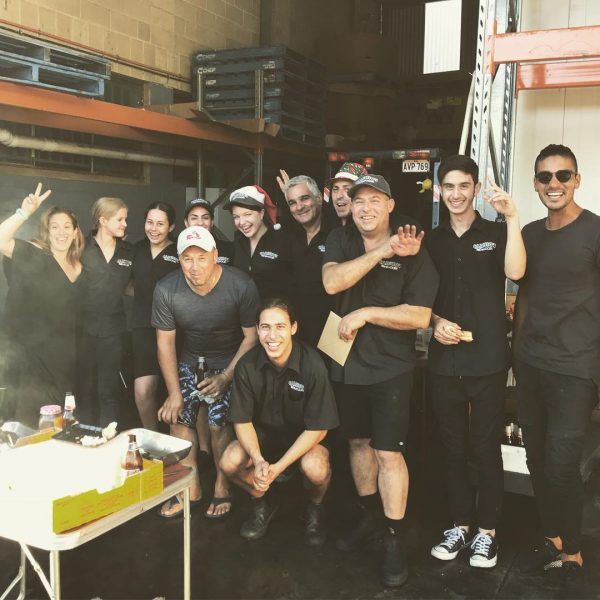 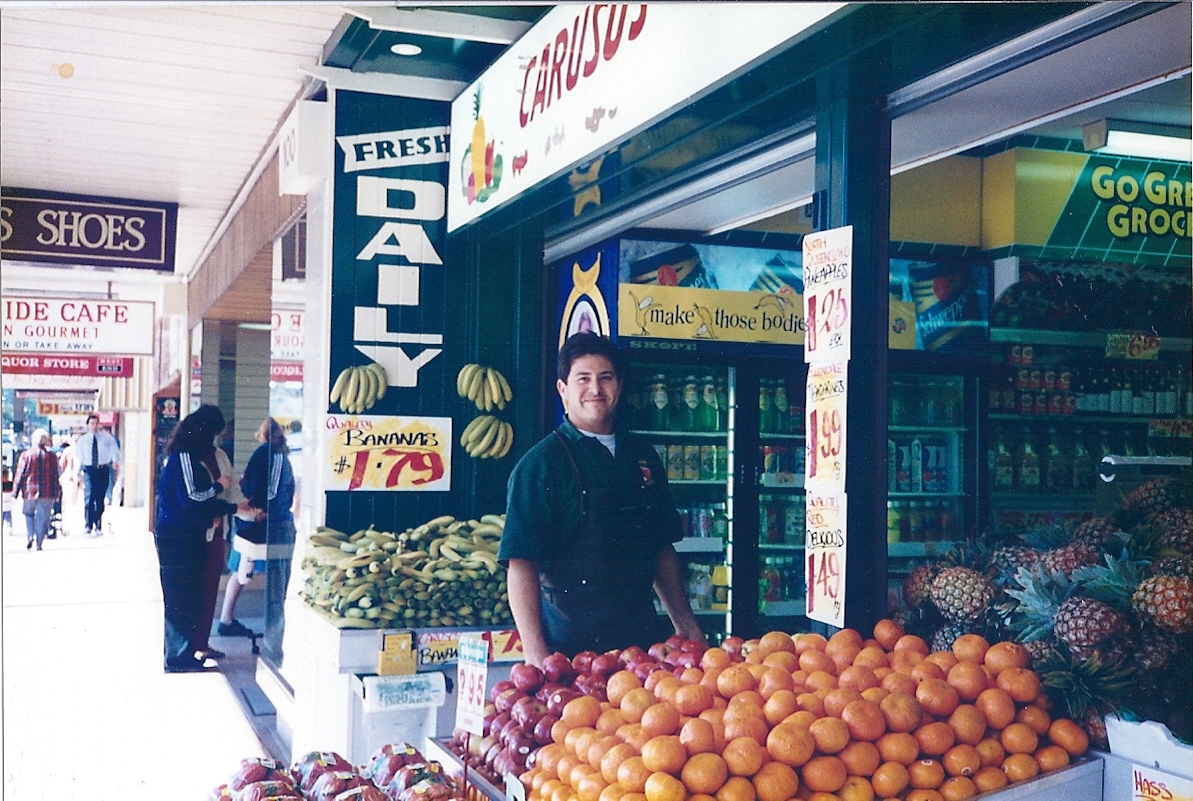 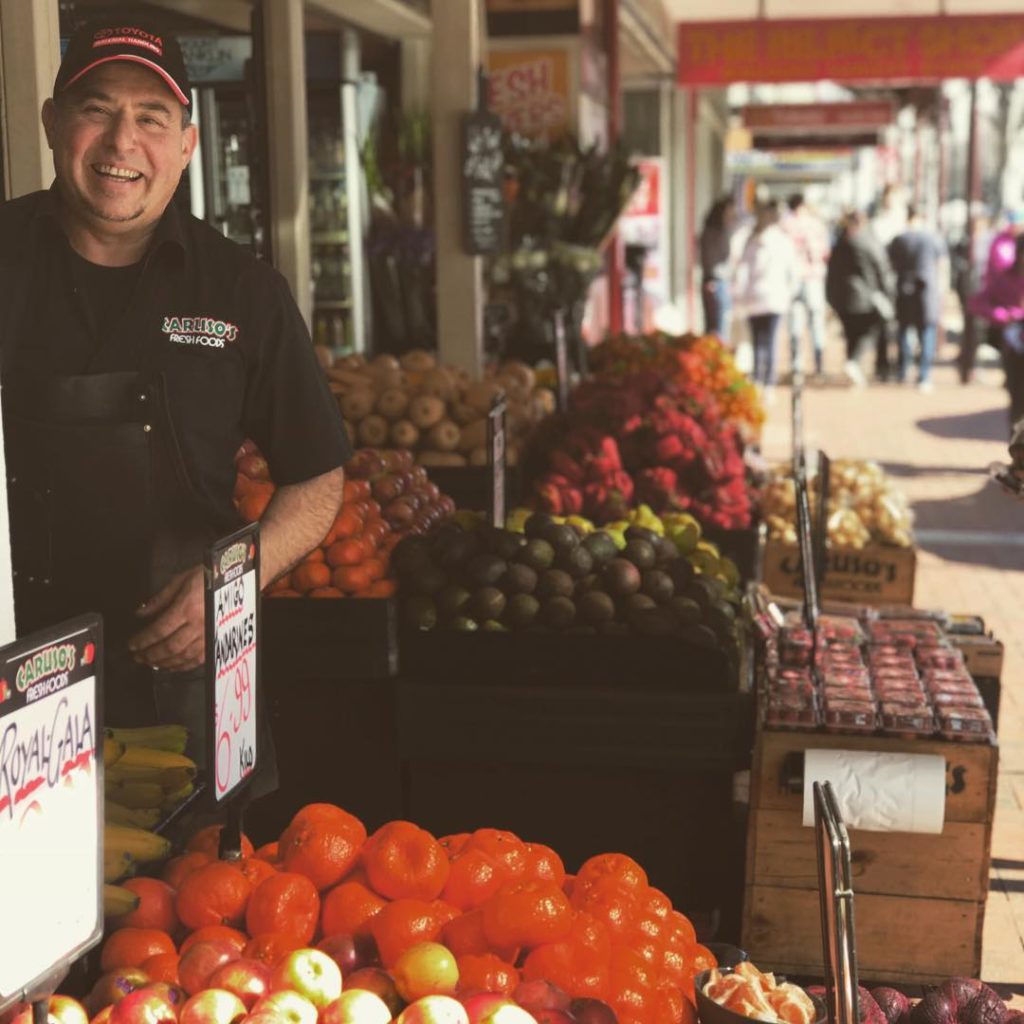 Later, Caruso’s introduced a continental deli which stocks a variety of gourmet foods both local and imported. Here, customers can choose from a wide selection of meats, cheeses, condiments and small goods. Now 30 years later, the business is still going strong. We have made accessing our fresh foods so much easier through our online store. Customers can itemise their carts and choose to have their groceries collected instore or delivered to their home. The website also features a variety of gourmet catering platters. Such as fresh meat, cheese, fruit and sandwich platters that are perfect for all occasions.

Caruso’s is proud winners of many Jetty Road trader awards for 'best retail' and 'best customer service'. We also continue to receive a 5-Star rating for excellence in food preparation approved by the  City of Holdfast Bay.

We pride ourselves on commitment and family values, to ensure our customers experience good old-fashioned customer service. Our store is apart of the Pick a local, Pick SA campaign aimed at supporting independent retailers like ours in order to provide for the local farmers, communities and individuals in our industry. There is a real sense of community when you walk through our doors at Caruso’s – A true Glenelg icon! With Bakers Delight and SA Gourmet Meats right next door, this is your one stop shop if you are in the Glenelg area. 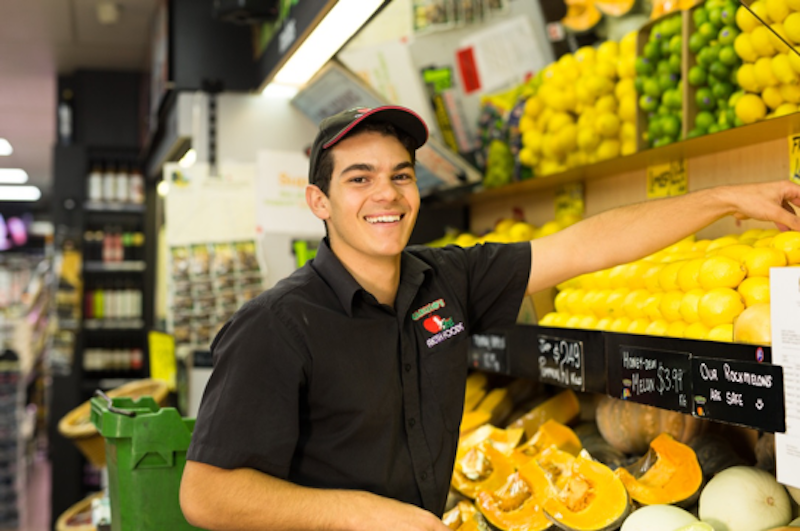